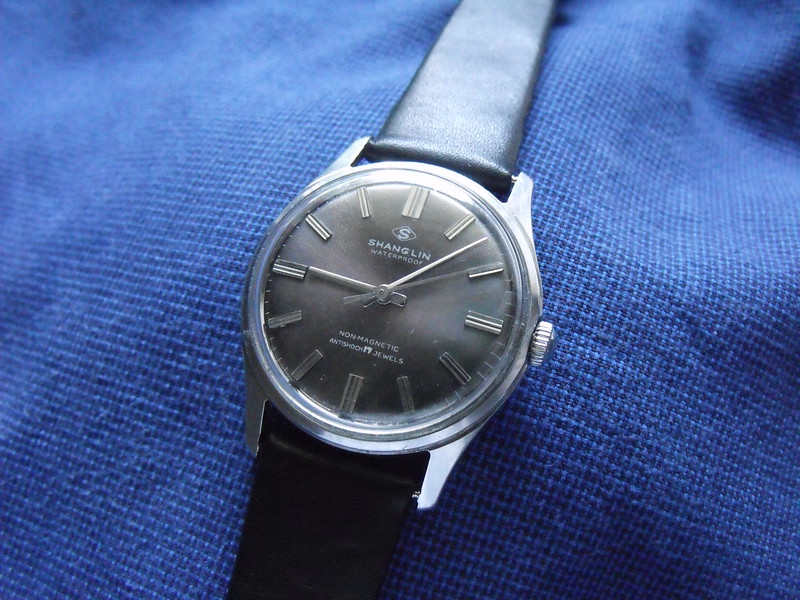 Shanglin brand watches are mysterious. It is possible they were made by one of the watch factories in Shanghai that cased imported movements before the introduction of completely China-made watches in the 1950s. The factory may have continued until at least the 1970s using whatever movements were available. This example has an extremely unusual two-tone slow-beat SS1 dating to November 1971. The English language text on the (uncommon for an SS1 watch) colour dial is puzzling, as China didn't export watches until 1973.