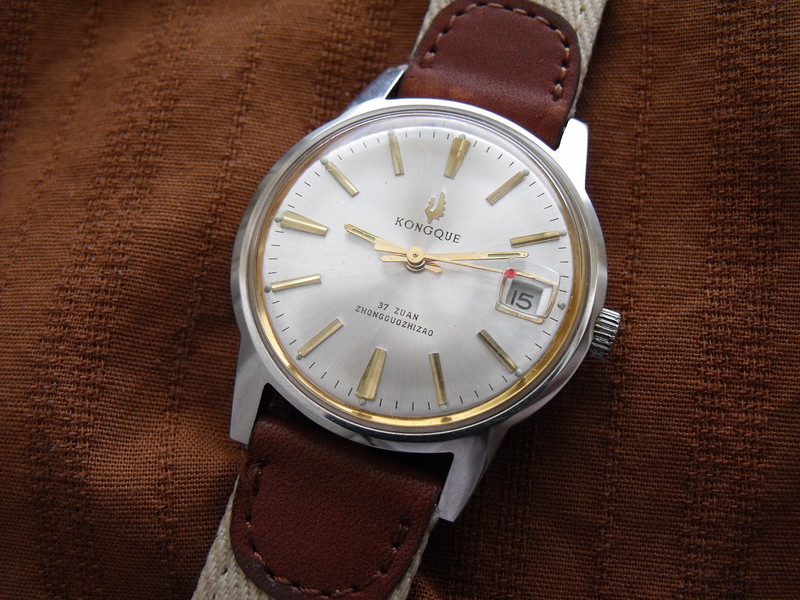 Kongque was the result of Liaoning Watch Factory's apparent intent to export. It changed its top brand name to Peacock, perhaps because its Hongqi (red flag) brand could be seen as too revolutionary for English-speaking markets. Its domestic market models were given the translated name Kongque.

Liaoning produced many automatic tongji watches beginning in the 1980s. Printed on the dials of most is 33 zuan. 37 is seen sometimes, but not as often. These numbers can be misleading, however, because the movements don't always have the same number as stated on the dial. This is such an example. The date code is 0795L, July 1995.