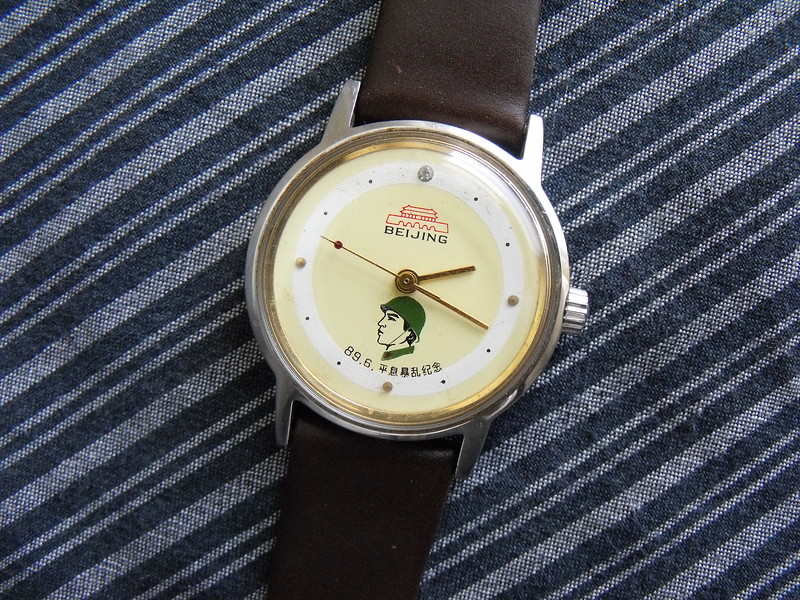 Beijing produced this model as one of a series of watches given to PLA soldiers who had participated in the events of June 1989 in and near Tiananmen Square. The dial has the date 89.6 (June 1989) and the words In commemoration of quelling the rebellion. On the back it says, 'Presented by the Beijing Committee of the Chinese Communist Party and the People's Government of Beijing'. The original bracelet is missing. It is powered by a Beijing ZB-2 movement.